God it’s cold! Cold and wet. The worst! Today, we are leaving the Westlands to get to the Fjordlands… I was going to talk to you about Queenstown, as it is in the chronology of the trip, but I can’t get to it yet. I think it deserves a couple of posts for being such an amazing little city! We’ll see about that later.

One of the things we really wanted to do while in Queenstown was to see the Milford sounds, more commonly called THE Milford. We were so lucky the first time, the day we picked was a wonderful sunny winter day, with the first snow in the mountains. When I took my mom, we weren’t that lucky… The road was cut by some kinda storm, the Milford was therefore out of reach.

We had booked a Jucy day trip, they came to pick us up at 7:30 AM. All bundled up with as many layers of clothes as possible we bravely made it out in the cold so early! The bus stopped a few times so we could take some photos and have fun with the snow. It is a far drive for just one day but what a sight! Breathtaking really! I remember at some point we went under a tunnel, and I thought ‘ this is the shittiest tunnel in the history of tunnels’. It was like they had dug a tunnel into a mountain and left it at that. No concrete on the walls, and just a few dim lights. Weird!! The road became so narrow and winding after we had passed Te Anau I don’t know how the bus drivers did it!

We also had a stop at Mirror Lake, all Lonely Planet users will remember it as being the front page of the book! As for the Milford, I could only describe it as coming straight from Avatar! Remember that scene where they are flying the weird beasts with the rocks flying in the sky? Well somehow that’s what the Milford seemed to me. We took a cruise, and raced with the dolphins, had a tiny crush for an english cute guy that surely was a rugby player, we froze our ass outside but did not mind for a second. I am happy I’ve seen the Milford, to me, it is one of the things to see before you die!

I also appreciated that the captain of the boat took us as close as possible to the waterfalls. So close you’re drenched and fieel the vibrations of the water falling coming all the way from your feet to your heart.

I hope you enjoy the photos! 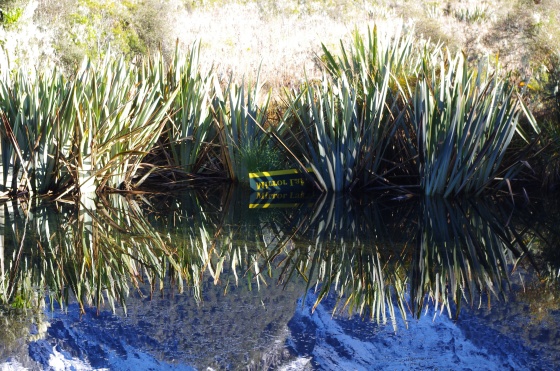 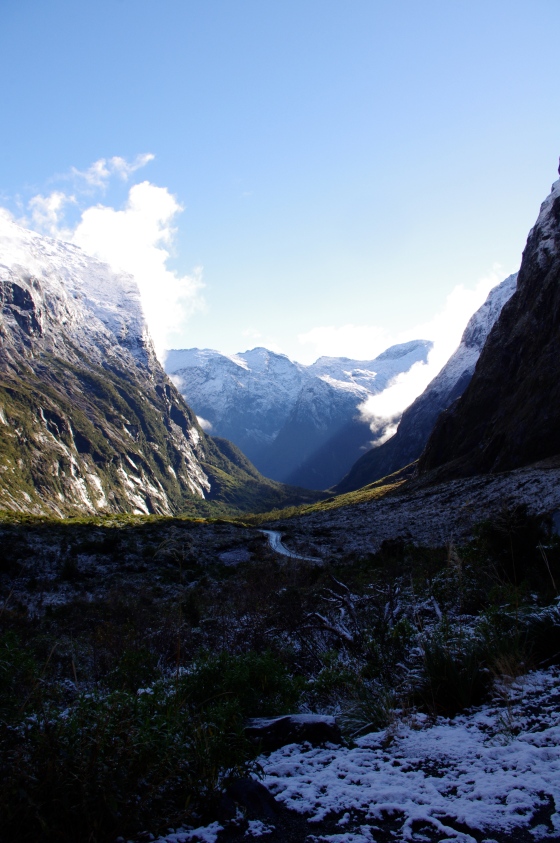 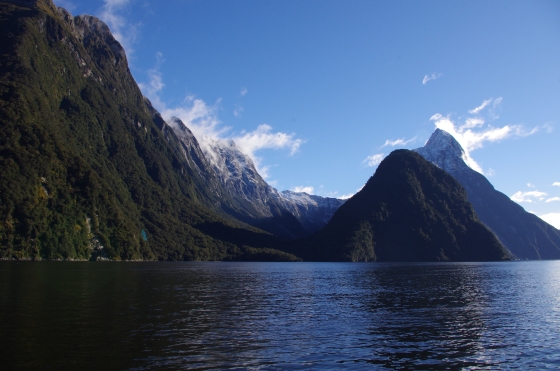 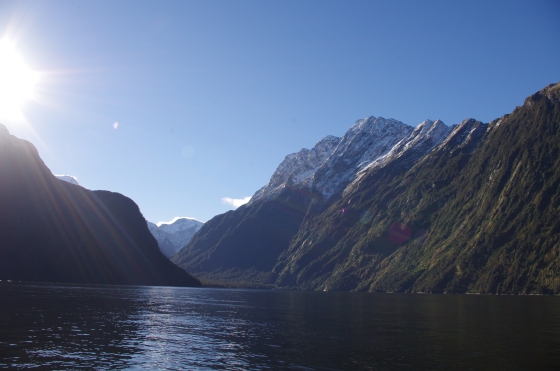 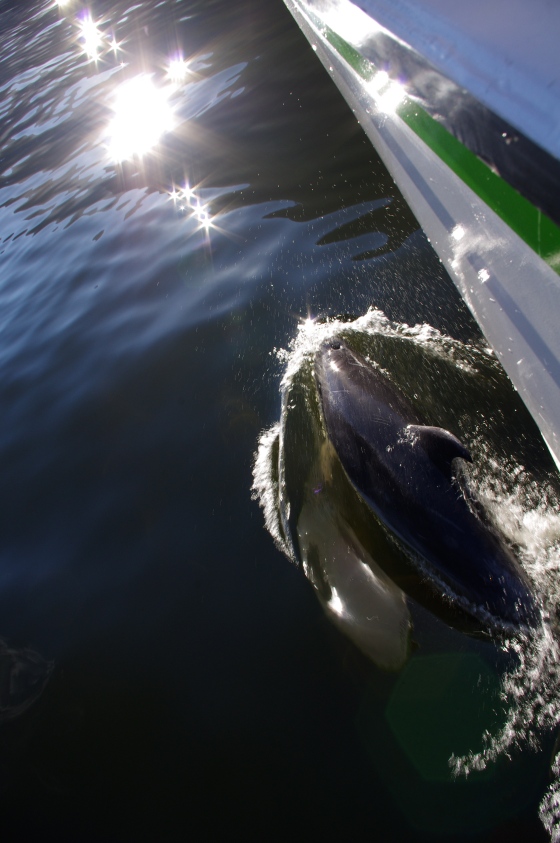 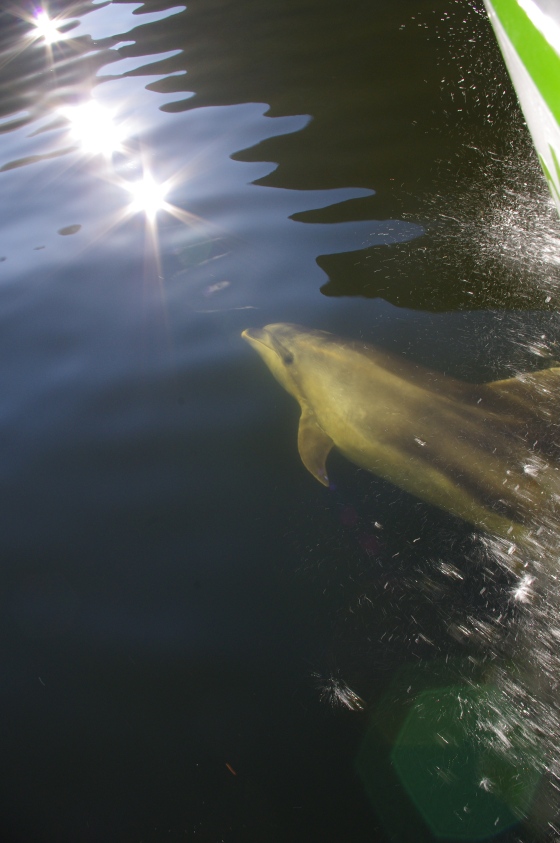 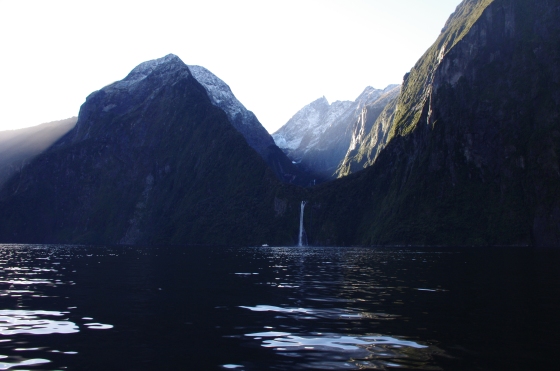 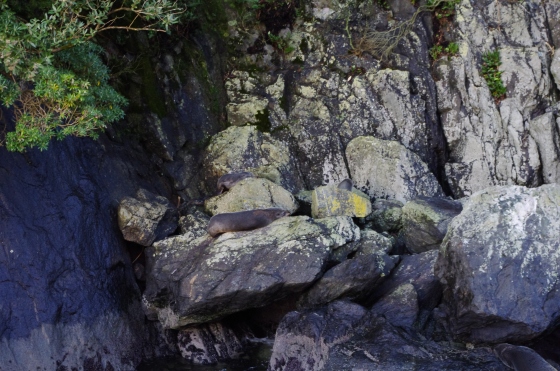 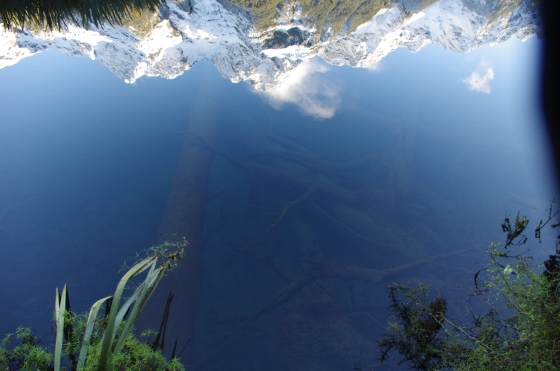 I’m not sure what’s more interesting in that picture… The reflection of the snowy mountains, or the wood that we can see through the water?